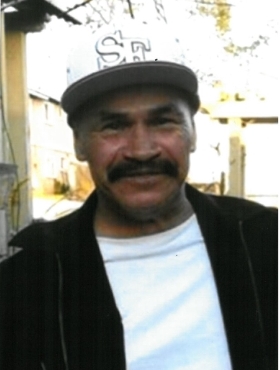 Frank Rosales passed away on June 17, 2021.  He was born on April 27, 1963 in Edinburgh, Texas.  His family moved to California when he was a young boy.  Frank spent most of his life living on the East side of Salinas.  Most people knew his as Ghost.

Frank enjoyed watching movies, listening to music, drawing, going for bike rides, food and spending time with his Aunt Alicia in the garden.  Most of all he enjoyed spending time with his grandchildren, Ariel, Maximas, and Henry.  He has one son named Henry Rosales and daugther-in-law, Denise.  Frank was preceded in death by his parents Matias and Paula Rosales.  He had four brothers and two sisters, many nieces, nephews, and cousins.  Frank left us with many funny memories.