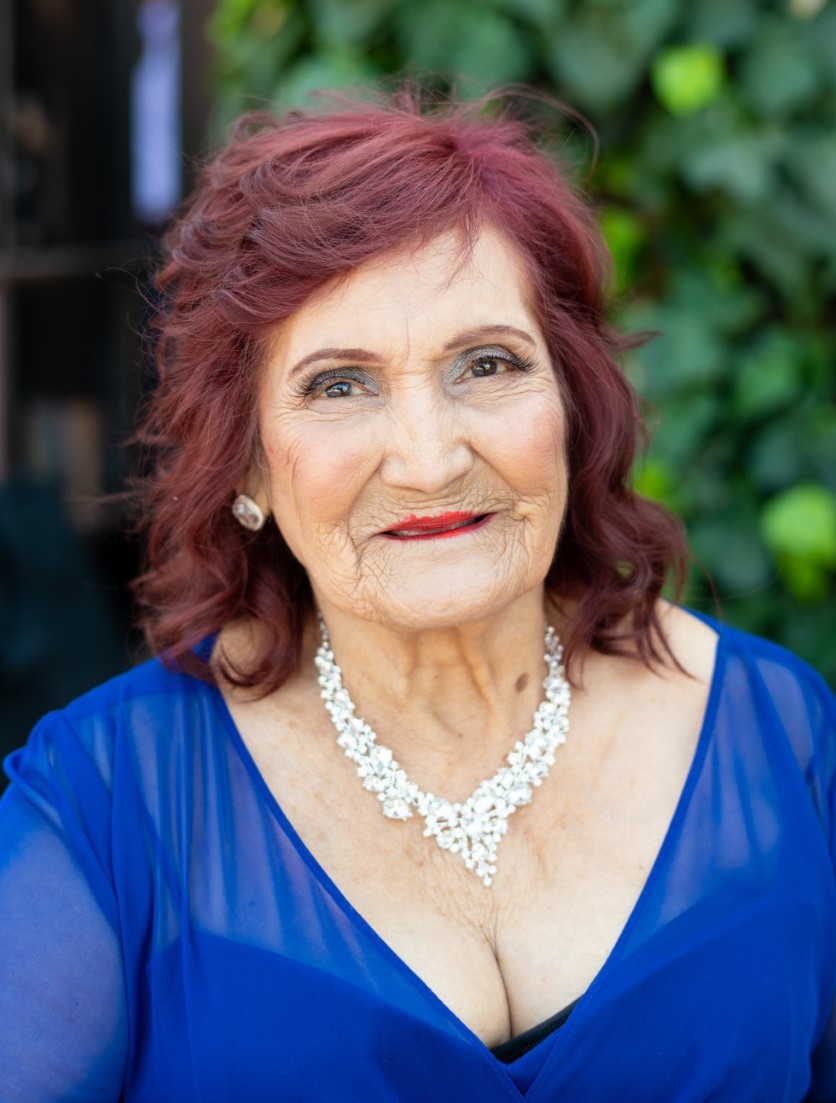 Delia Ortiz Longoria, known as Bebe to those close to her, passed away at home, surrounded by her family, on July 20, 2020. She was 85. Bebe was born on May 1, 1935 in Santa Maria, Texas, and was raised there by her mother Micaela Silva & aunt Juana Diaz. She and her late husband, Ernesto “Neto” Longoria, later moved to the Salinas Valley, pioneering a wave of migration from South Texas to the California Bay Area. They helped to bring countless families to the Salinas Valley, such as the Diaz, Gonzalez and Salas families. Bebe was sponsored by Peninsula Hospital in Burlingame, CA to earn her Associate’s Degree as an LVN. She worked at Peninsula Hospital primarily in the emergency room and as a floor nurse. She later went on to work for Dr. Reynaldo Fong in Salinas for 5 years, in addition to serving as a private nurse in the Salinas Valley for many years. Bebe and Neto were entrepreneurs, owning both a Texaco gas station in Chular, Calif. and the Longoria & Sons Lions Den & Arcade, also known as Barbees, in La Feria, Texas. Bebe was not all work, however. She greatly enjoyed trips to Reno and visited the bingo hall weekly. Bebe had a tenacity for moving, living in many cities throughout the Southwest, such as Santa Maria, La Feria and San Antonio, Texas, as well as Salinas, Chular, Colma, Daly City and San Jose, Calif.. Bebe lived out her last years of life in the Salinas Valley alongside her daughter, Sonia, and Sonia’s children David, Savannah, Brian and Ernie. They were her primary caregivers until she passed.

There will be a Celebration of Life for Bebe at Healey Mortuary (405 N. Sanborn Road, Salinas, Calif. 93905) on Saturday, July 25, 2020 from 11 a.m. to 2 p.m.. The viewing will take place from 11 a.m. to noon. The memorial service will be held from noon to 2 p.m. in the parking lot outside the mortuary, due to COVID-19 restrictions. We ask that all attendees wear a face covering, practice social distancing, and bring an umbrella and light jacket. Everyone is encouraged to wear either navy blue or cheetah print, Bebe’s favorite color and pattern.

To send flowers to the family or plant a tree in memory of Delia Longoria, please visit Tribute Store