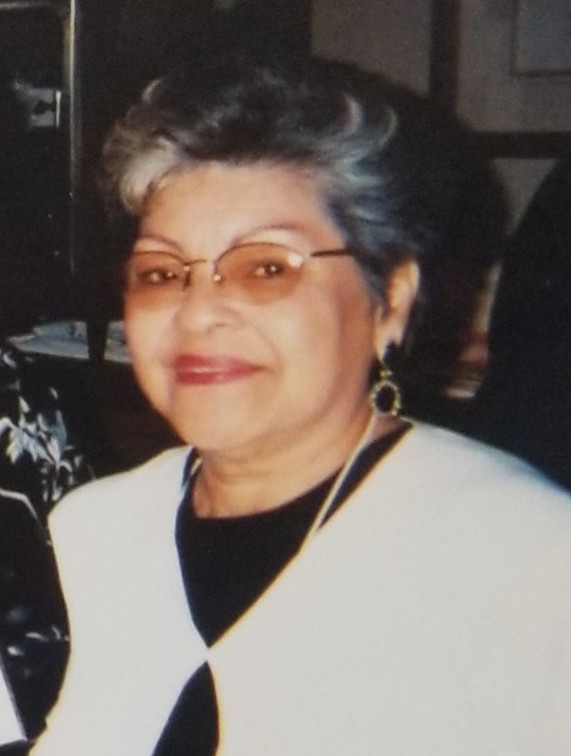 Hortencia L Nava was born on October 30, 1933 in San Miguel New Mexico. She came into the world as a fighter. She was a preemie whose incubator was a shoe box and the oven. She left this world as a fighter. Being as independent as possible with Parkinson and Dementia.

Hortencia had numerous jobs while living in Salinas. She worked at the Crystal Theater, Ham’s Brewing Co., Sherman’s Jewelry store, Bank of America and retired from the City of Salinas.

Our mom was incredibly involved at Madonna Del Sasso Catholic Church. She volunteered in the church office, Martha’s Helpers, Angela’s Angels. She was also an Extraordinary Minister of the Eucharist. She touched so many people’s lives while serving in the Homebound Ministry. She was never aware of how much good she was  spreading. She was a light to everyone she met.

Her family remembers the amazing sugar free desserts, her hoop earrings, high heels, and red lipstick. She played rec volleyball till well into her 70’s. She also played softball at the family picnics.

Her greatest joy was being with her family. She never missed a party…well until she moved with her oldest daughter Corrina. Her face would light up when her son Paul came to visit. She was always sad when her daughter Kathie left to go home. She loved her grandchildren and her great grandchildren, they brought her so much happiness.

She was preceded in death by her Parents Carlos and Margarita Losoya, brothers Ernesto and Arturo Losoya. Her brother in-laws Ramon Serrano and Gilbert Mollindo. Her Sister in-laws Dolores Losoya and Patty Castro.

In Lieu of flowers please donate to one of the following:

The Parkinson Association of Northern California

To send flowers to the family or plant a tree in memory of Hortencia Nava, please visit Tribute Store

Share Your Memory of
Hortencia
Upload Your Memory View All Memories
Be the first to upload a memory!
Share A Memory
Send Flowers
Plant a Tree