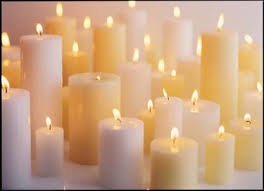 Cirilo O. Asuncion passed away on December 16, 2020 at the age of 63.  He was born in the Philippines on March 18, 1957 to Teofilo and Lorenza Asuncion.  Cirilo was raised in Santa Catalina, Binalonan, and Pangasinan, PI and also lived in Saudi Arabia and then California.  He worked as a Mechanical Assembler at Pacific Scientific Energetic Materials Company.  One of Cirilo’s passions was to go fishing.

He is survived by his wife of 28 years, Remedios Asuncion;  their son, Brian Asuncion and daughter, Berlin Siador; as well as many other family and friends.  He will be dearly missed by all.

To send flowers to the family or plant a tree in memory of Cirilo Asuncion, please visit Tribute Store

Share Your Memory of
Cirilo
Upload Your Memory View All Memories
Be the first to upload a memory!
Share A Memory
Send Flowers
Plant a Tree