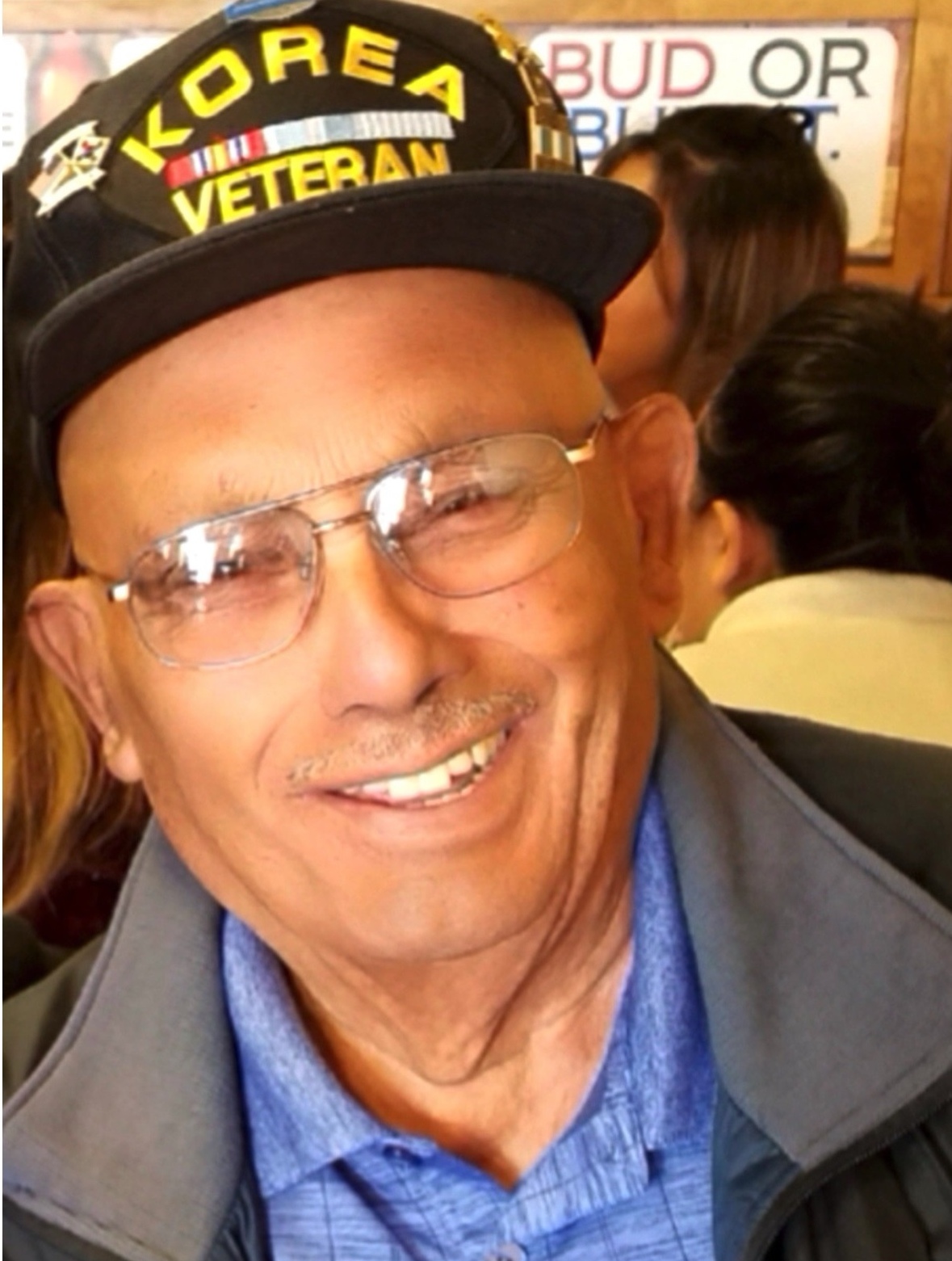 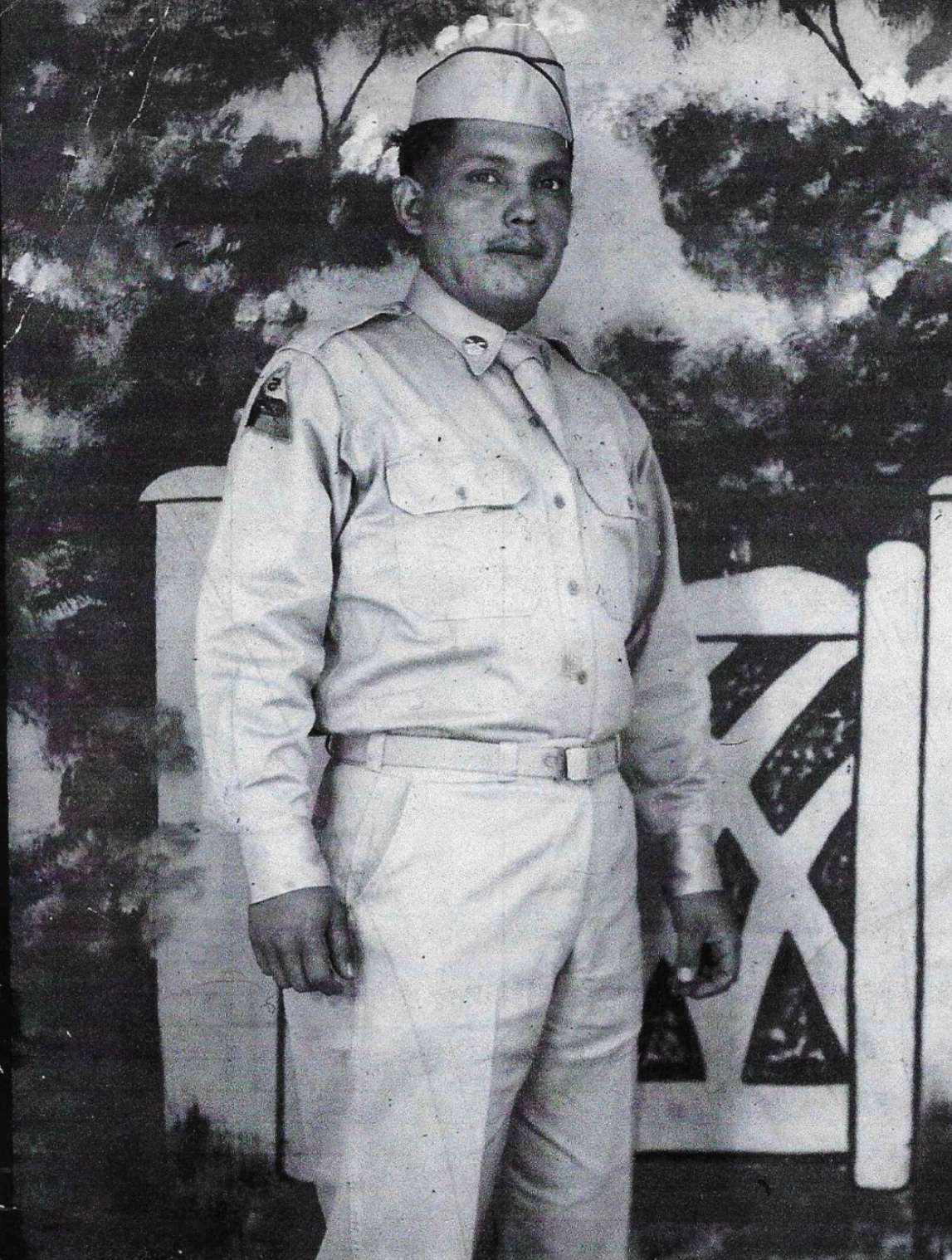 Our beloved patriarch Antonio P. Peña passed away and entered into heaven on Monday March 22, 2021. He would have turned 90 this year on May 10th. He was the 4th of 5 children born to Felipe and Maria Peña in Crystal City, Texas.

He was a proud patriot and felt honored to have served in the Army during the Korean War from 1950-1953 as a Sergeant and tank operator in the 5th Infantry Regional Combat Team, and spent a short time as a POW but was lucky to have escaped imprisonment. He was exceedingly proud to have served his Country and would regularly be seen wearing his Korean War Cap every time that he stepped out of his home.  He met our beloved Mother Eugenia at a dance in 1954 and after a short 9 days of knowing each other, he proposed marriage via telegram and joked that he received an immediate response from our Mother of “Si! Si! Si!” (Spanish for Yes! Yes! Yes!)  After his service in the Army, they settled and established the family home in Salinas California and despite having many opportunities to move to a bigger home, they stayed and planted their roots in the east side of Salinas in the Las Casitas neighborhood on Nogal Circle where he lived to his last days.

His work life started as a very young man at the age of 10 working in a grocery store to provide for his mother and siblings.  As an adult, he worked for a short time as a Supervisor of field workers but took a career job with Pacific Telephone.  He earned certifications as an expert lineman in both aerial and in-ground installations.  On car rides through Monterey County, he would regularly point out areas where he installed cables from Salinas and even through Big Sur. He was always ready to help people.   In 1986 Pacific Bell awarded him The Silver Veil Award for his heroism as he entered a burning house across the street from his home.  With Mom’s encouragement, he went into the burning home 3 times and was able to bring out and save their family’s grandmother.  He said that he wished that he could have gone in again.  His selfless actions saved one life while risking his own.  On another occasion, he waded into the river water at Santa Cruz beach and pulled out a drowning young man and this despite his not being able to swim.  He cleared the man’s lungs and got him breathing until paramedics arrived.  He was our Hero on many levels. In 1991, Dad hung up his climbing spikes and keyboard fingers and retired after working for Pacific Bell for 25 years. He often joked with us when we would tell him that we were going to work and he would say, “work, what is that?!”  Dad loved to joke and it was easy for him to make others laugh with a quick wit and charming personality.

As a young man he played football back when a leather helmet sufficed and an extra tackle or elbow to a downed player was the norm.  Thusly, he was an avid football fan and looked forward to every football season where his TV would be tuned into the San Francisco 49ers games.  He was born in Texas so he loved the Dallas Cowboys too and later was a fan of the Seattle Seahawks.  Mom called Dad’s truck “The Circus” because he had it decorated with both 49ers AND Cowboys seat covers as well as some choice bull, steer and deer emblems.  He was always joking and always poking fun at his loved ones and always smiling with that crooked little smile on his face.  He will forever be missed by those who knew him.

He was a member of The American Legion, The VFW, and The Knights of Columbus.

He was preceded in death by his loving wife of 61 years Eugenia Peña, his parents; daughter, Patricia Peña and brothers Pedro Peña, Porfirio Peña Sr., and Feliciano Peña Sr.

To send flowers to the family or plant a tree in memory of Antonio Peña, please visit Tribute Store

Share Your Memory of
Antonio
Upload Your Memory View All Memories
Be the first to upload a memory!
Share A Memory
Send Flowers
Plant a Tree