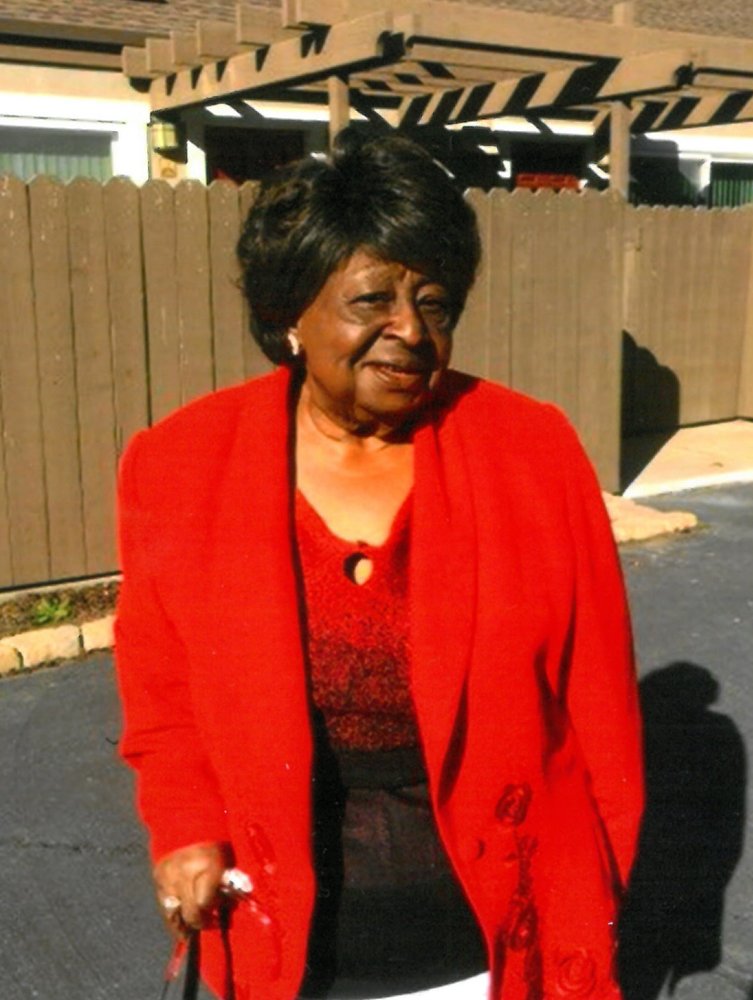 Thelma L. Cobb (Mother Cobb), was an only child, born to the union of George Sherrod, and Lillian Walton, on April 25. 1928 in Bertie County, North Carolina. Her early years were spent with her maternal grandparents, until she was 13 years old, when she relocated to Suffolk, VA with her mother. There she attended school and eventually met and married Thomas Washington. From that union, she had Gloria Gray (Lawrence) and Jacqueline Greer (George). Later, she was united with McKinley Cobb in Baltimore, MD.  From that union, was born Reginald Cobb (Tasha), Beverly Cobb, and Donna Thacker (Charles).

Mother Cobb was a true music lover; there was always music in her home. We listened to music everyday as we grew up. Reading was also one of her favorite past times. As well as spending time with her family, and church family.

She relocated to Salinas, Ca in 1963, where she worked tirelessly at Schilling Inc. until retirement.

She joined Mt. Nebo Missionary Baptist Church, under the late Pastor, G.E. Hooks, where her and her family thrived. Mother Cobb was Blessed with decades of service at Mt. Nebo, where she served under three more Pastors after Rev. Hooks, including the current Pastor Anthony Davis.

Also left to Cherish her memory are a host of friends and her Church Family, who loved her dearly.

Her Funeral Service will be Friday, April 23rd beginning at 1pm at Healey Mortuary Chapel.

To send flowers to the family or plant a tree in memory of Thelma Cobb, please visit Tribute Store

Share Your Memory of
Thelma
Upload Your Memory View All Memories
Be the first to upload a memory!
Share A Memory
Send Flowers
Plant a Tree