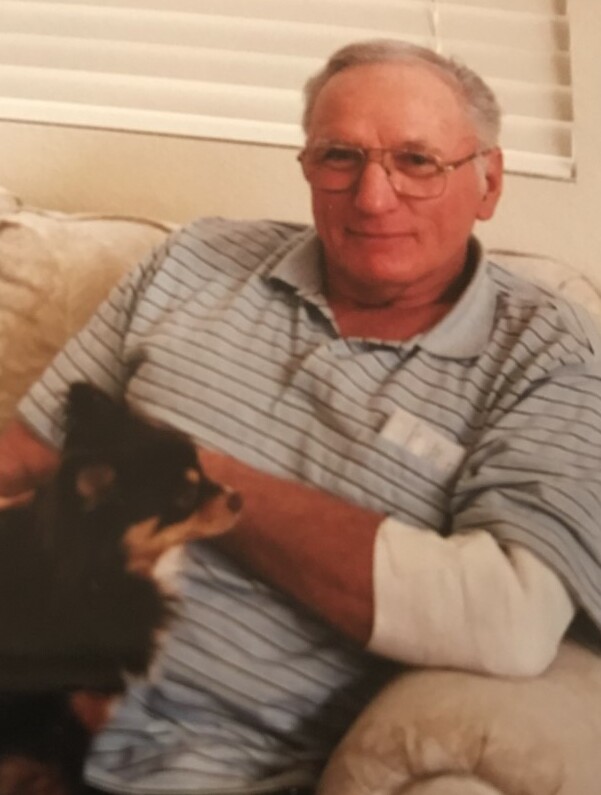 MELVIN EARLE SCHWARZ was born on 15 Aug 1934 and died on 18 Feb 2022 in Salinas California at the age of 87 of complications from a fall.  Mel was born and raised in Baltimore, MD and he was baptized a Lutheran.

An employment offer from Lockheed Missiles and Space Co. brought him, his wife, and young daughter to California in the mid-sixties.  Later in his life he was the caretaker of a private estate in the Bay Area.

Mel was a standout pole vaulter during his time at the University of Maryland and he also pole vaulted for the United States Marine Corps where he traveled to England, Germany, Sweden, Finland, and Africa to continue to pole vault.  He was a strong advocate of physical fitness, and enjoyed teaching his young children the game of chess, numerous card games, and swimming.  Mel also loved animals, especially dogs and in later years a cat (Peaches) was gifted to him whom he adored.

He was predeceased by his son Kurt in Dec 2021 but is survived by his daughter Holly and her husband Jeff Hardy.  Mel is also survived by many relatives in the Maryland, Virginia and in Los Angeles.  He was a loyal man and had many friends in the Palo Alto area.  He will be missed very much.

His daughter and her husband wish to thank the Jarvis family of Palo Alto for their utmost kindness.

Services will be private.

To send flowers to the family or plant a tree in memory of Melvin Schwarz, please visit Tribute Store

Share Your Memory of
Melvin
Upload Your Memory View All Memories
Be the first to upload a memory!
Share A Memory
Send Flowers
Plant a Tree