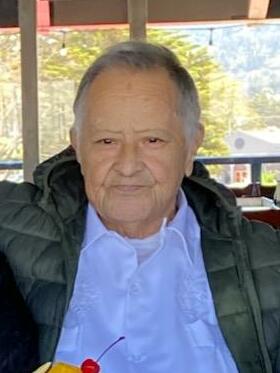 Raul Z. Real, Sr. passed away on December 22, 2022 at the age of 78.  He was born on June 8, 1944 to Jesus Palacios Real and Maria Acosta Zepeda Real.  Raul was born in Riverside, California, but resided most of his life in Salinas.

Raul was a very friendly and generous person.  He was a great lover of music.  Being born and raised in the U.S. he was especially fond of the Oldies and passed that love on to his children.  He also enjoyed regional Mexican music.  Raul was a “science geek” who also loved literature and talking politics.

Raul was preceded in death by his daughter, Yadira P. Real; his sisters, Alicia and Mary Esther; and his parents, Jesus and Maria Real.

A visitation will take place for Raul on Thursday, January 5, 2023 from 1-6pm with a Rosary Prayer Service at 5pm.  His Funeral Mass will be Friday, January 6, 2023 at 1:30pm at Sacred Heart Church in Salinas, followed by burial at Garden of Memories Memorial Park.

To send flowers to the family or plant a tree in memory of Raul Real Sr., please visit Tribute Store

Share Your Memory of
Raul
Upload Your Memory View All Memories
Be the first to upload a memory!
Share A Memory
Send Flowers
Plant a Tree