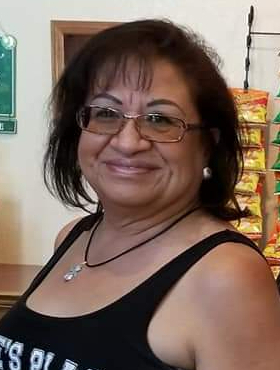 She was a Breast Cancer Survivor, and treated each day as a gift. She was an avid Giant's fan and was famous for her salsa. She made many friends bartending at The American Legion Post 593 in Prunedale, then at Mike's Place, in Castroville, 'til 2019. After the "Shut down", she started slinging drinks at the American Legion Post 31, in Salinas, as well as the Elks club.

To send flowers to the family or plant a tree in memory of Cynthia Hernandez, please visit Tribute Store

Share Your Memory of
Cynthia
Upload Your Memory View All Memories
Be the first to upload a memory!
Share A Memory
Send Flowers
Plant a Tree