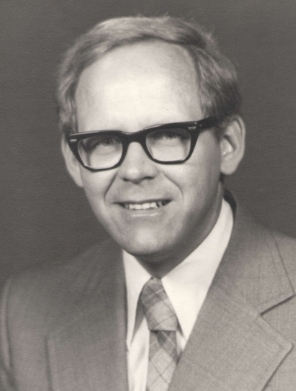 Professor and author Edward Allan Olsen passed away on December 9, 2021, at the age of 80, in Salinas, CA. From 1980 until his retirement in 2008, he taught in the Department of National Security Affairs at the Naval Postgraduate School in Monterey, CA, where he was a valued colleague and mentor to many. Before that, he served as a Japan/Korea analyst at the US Department of State in Washington, DC (1975-80) and taught at George Williams College in Illinois (1974).

Allan was born on August 29, 1941, to Edward C. (Eddie) and Esther Olsen, in Brooklyn, NY, and grew up in that city’s Norwegian neighborhood. After attending Brooklyn Technical High School, he served in the US Army as a photographer, then studied photography at the Art Center School in Los Angeles and worked as a projectionist for NBC News in New York City. In Los Angeles, he met Soon Hong Bae of South Korea at an international festival, while carrying his camera. She agreed to pose for a portrait, one thing led to another, and they married in 1965. Inspired by Soon, Allan applied his photographer’s eye and curiosity about the world to new fields of study; he earned a BA in history at UCLA (1968), an MA in Asian studies at UC Berkeley (1970), a certificate in Japanese at Stanford University’s Inter-University Center in Tokyo (1969-70), and a PhD in international studies at American University (1974).

An influential thinker, he was the author of ten books on Asian studies and US foreign policy and coeditor of four others; he also authored many book chapters, journal articles, and papers presented at conferences in the United States and around the world—always writing drafts in longhand on yellow legal pads. He studied not only history but also contemporary issues, thinking constantly about current events for the many opinion pieces he published. He received a Freedoms Foundation at Valley Forge award for an article on human rights policy and several US Department of Defense grants for research and travel in Europe, Asia, and Australia. He served on the advisory board of several journals.

A thoughtful, kind man with strong ethics and a dry sense of humor, Allan explored the world and appreciated the comforts of home. He was extraordinarily productive professionally yet gifted at the art of loafing in his free time. In addition to his academic talents, he was a skilled woodworker—a craft he learned from his maternal grandfather, a cabinetmaker—and an enthusiastic gardener and do-it-yourselfer. His family fondly remembers the cross-country drives and camping trips of the 1960s and 1970s, and many “morning walks” in Fort Ord near the Olsens’ Toro Park home. Allan’s survivors include his wife, Soon; daughter, Erica (Andrew Goodwin); son, Karl (Lauren Farrar); brother, Stephen (Mary); and extended family. A memorial event will be planned in 2022.

To send flowers to the family or plant a tree in memory of Edward Olsen, please visit Tribute Store