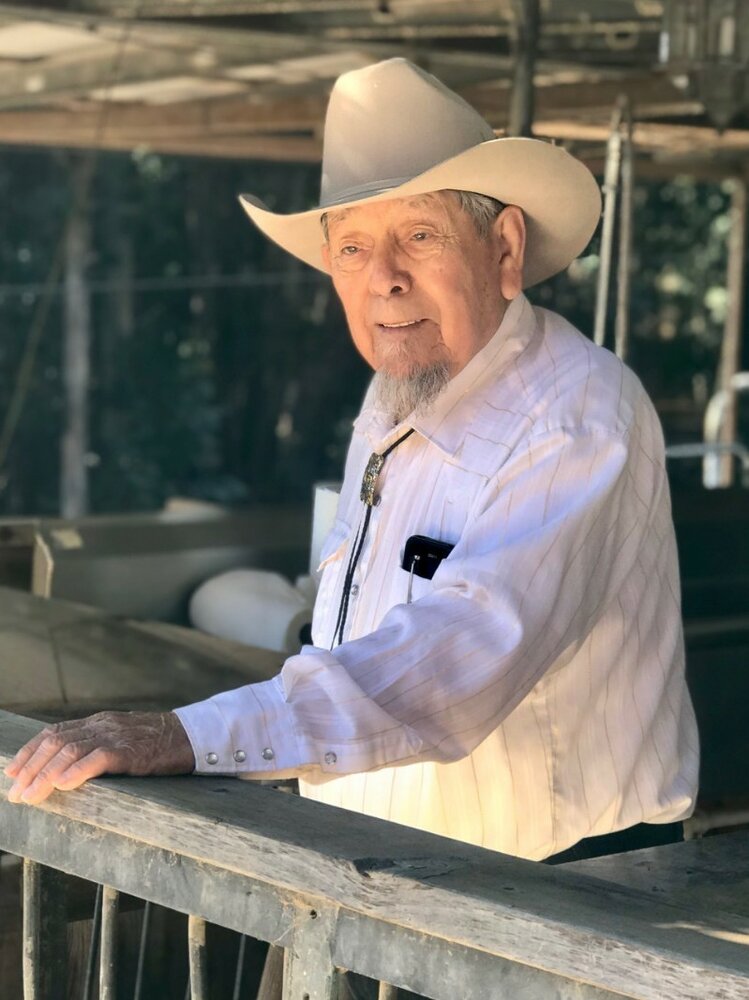 Eustaquio "Taco" V. Cervantes, 95, of Salinas, California, passed away peacefully on Saturday, December 17, 2022, at his home, surrounded by his family.

Eustaquio was born on September 20, 1927 in Skidmore, Texas to Federico and Maria Cervantes. He lived in the small town of Edcouch, Texas, from 1938 to 1967.  He attended Edcouch Elementary in Edcouch.  He moved to Salinas, California in 1967.  He worked as a truck driver for A and F Harvesting for many years.  He had a strong work ethic.  He was a member of the Teamsters Union in Salinas, California.  His love and devotion to family was evident to everyone who knew him.  Especially his family.

To send flowers to the family or plant a tree in memory of Eustaquio"Taco" Cervantes, please visit Tribute Store

Share Your Memory of
Eustaquio"Taco"
Upload Your Memory View All Memories
Be the first to upload a memory!
Share A Memory
Send Flowers
Plant a Tree